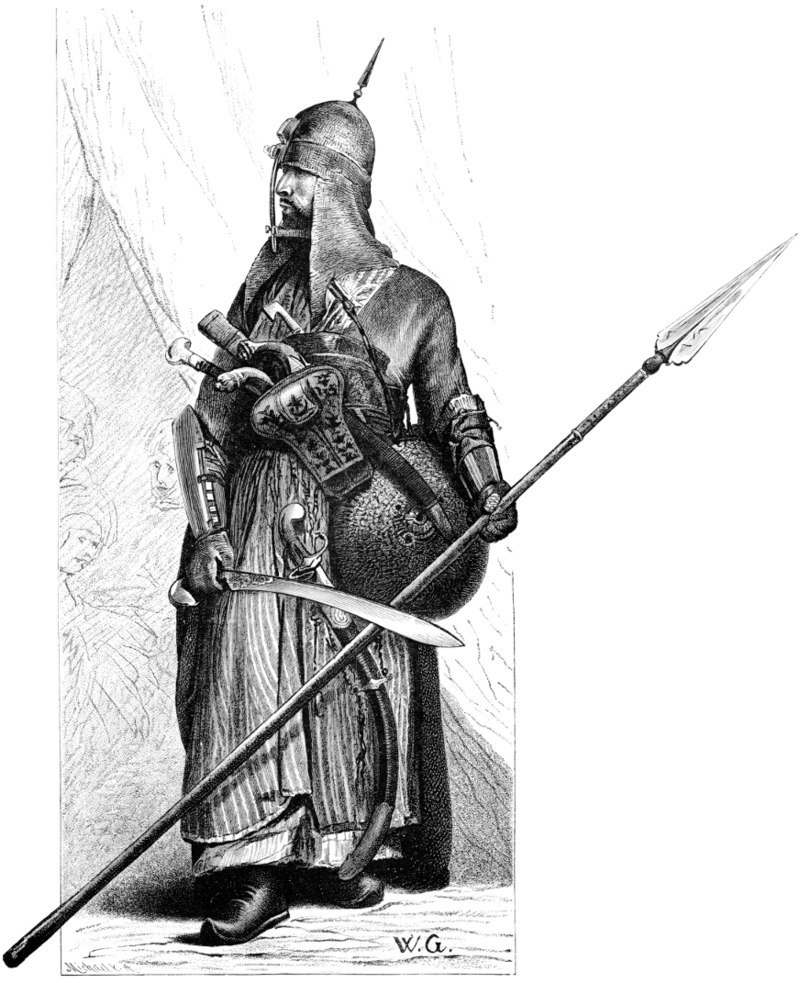 It was an institution like nothing else in the world. Foreign slaves, given weapons and trained to fight for the very rulers who enslaved them. But a mamluk (from the Arabic word for “the owned”), or, in Turkish janissary (from yeñiçeri, “new soldier”) was just such a person. From these odd origins came some of the most fearsome warriors the world has known. But how did mamluks and janissaries come to exist? Why would someone choose to arm slaves? The answers to these questions lie deep in the history of the Islamic world.

From Steppes to Sultanates

The origins of the mamluks are difficult to pinpoint. One theory is that early Islamic theologians believed that the Ummah, the community of believers, should not be a place of war. However, the reality of human politics meant wars between Muslim powers would occur nonetheless, so an army of slave-soldiers was created to fight these wars by proxy. However, by the first recorded mentions of mamluks around the 800s in Baghdad, Muslim rulers had been fighting each other for centuries already, so this theory is questionable. Another possibility is that maintaining a class of slave-soldiers was simply more economical than paying mercenaries and training regular soldiers. Either way, mamluks became an enduring and important part of military life in the Middle East.

The slaves who became mamluks usually came from Eastern Europe, the Caucasus, and the steppe regions of Central Asia, and were usually of either Christian or Tengrist Turkic origins (i.e., worshipers of the Tengri, or pre-Islamic Turkic sun god). Georgians, Circassians, and peoples from the Balkans such as Albanians were also common among the mamluks. Whatever their religious origins, mamluk “recruits” were converted to Islam and brought up in a strict atmosphere of military discipline comparable to that of European knights or Japanese samurai. Indeed, the furusiyya code of the mamluks emphasized many of the same virtues—bravery, cultural literacy, honor–that chivalry did in medieval Europe and bushido did in feudal Japan.

The intense training of the mamluks—and the equivalent janissaries in the early modern Ottoman Empire of Turkey—created a strong bond between them. Outsiders in the cultures in which they found themselves, the bonds of loyalty that resulted between mamluks enabled them not only to fight effectively, but also to seize power for themselves, leading to the creation of ruling mamluk dynasties in various parts of the Islamic world. Mamluk rulers came to power in many places, including Syria, Iraq, and even India, but one of the most powerful and enduring mamluk dynasties appeared in Egypt.

Mamluk rule of Egypt was divided into several dynasties, but it had its beginnings in the political maneuverings in the waning days of the Ayyubid Dynasty, the line of rulers established by the great Kurdish general Saladin in 1171. As an important part of the Ayyubid army, the mamluks had always wielded power, and in 1260, after much infighting and political maneuvering, they finally seized it, with the first ruler of this “Bahri” Dynasty being the brilliant and ambitious queen Shajar Ad’Durr, a former slave and wife of the dead Ayyubid Sultan whose position helped legitimate the rule of the mamluks. What followed over the next few centuries was a turbulent but distinctive era of mamluk regimes, marked by both military triumphs and a unique culture and architectural style.

One of the most impressive military achievements of the mamluk sultans was the defeat of the Mongols at Ain Jalut in contemporary Israel/Palestine. The forces of Hulagu Khan, the triumphant Mongol warlord who had sacked Baghdad just two years before (utterly obliterating the cultural center of the Islamic Golden Age), arrived in mamluk lands in 1260. Both armies were famous for their skills in horsemanship, and while the mamluks outnumbered the Mongols, numbers had rarely been a decisive factor in Mongol battles before, as their fearsome and brilliant tactics could usually offset any numerical disadvantage. Ironically, the mamluk commanders won the battle by using an old Mongol trick against Hulagu’s general Kitbuga: the false retreat. Pretending to flee after an initial engagement, a small mamluk force led Kitbuga’s army into a deadly trap. Ambushed by a large force of mamluks, Kitbuga was killed. It was one of only three defeats Mongol forces suffered (the other two being by the Vietnamese and the samurai during an abortive invasion). Moreover, according to some sources, Ain Jalut was the first battle in history to feature the use of handheld guns, wielded by the mamluks against their Mongol aggressors.

The End of the Mamluks

The rise of the Ottoman Empire in Turkey was the downfall of the mamluk dynasties in Egypt. Under Sultan Selim I, the Turks, armed with newly-invented firearms and artillery, toppled the mamluks from official power in 1517. But this was not the end of mamluk power, since the Ottomans found that simply leaving them as administrators under the Turkish Sultan was easier than installing a new government. But just as prior rulers had found in the past, the mamluks proved rebellious subjects, and as Ottoman power began to fade, they once again attempted to seize control, only to be defeated in a truly “Red Wedding”-style post-feast ambush by the brilliant and ruthless Muhammad Ali Basha, founder of the last monarchical dynasty to rule Egypt, in 1811. Still, legend says that one mamluk escaped by riding his horse hundreds of feet off the edge of the Cairo Citadel. While his fate remains unknown, the story of the last mamluk is a testament to the fighting prowess and tenacity of this unique warrior class, one like no other fighting group in human history.