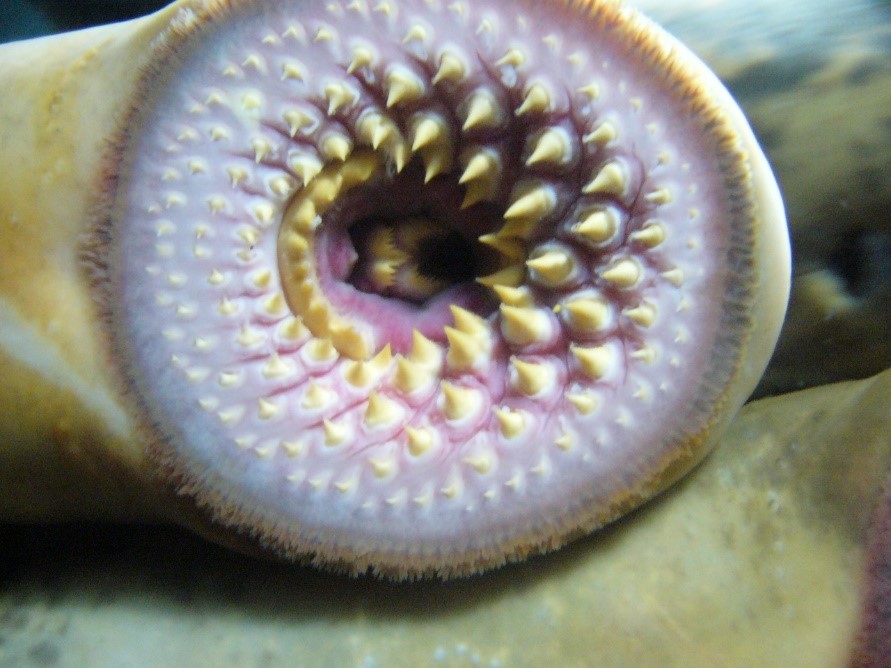 They were like nothing that had ever come before. In the ancient seas of the late Silurian and Devonian Ages lived some of the most distinctive fish to have ever evolved. Armored like swimming tanks and sometimes bigger than great white sharks, the Placodermi were the first fish to have jaws, and their shape laid the groundwork not just for fish, but for all land-dwelling life. And while they dominated their era, today they have completely disappeared.

Fish first appeared during the so-called “Cambrian explosion,” part of the sudden diversification of life that occurred a little over 540 million years ago. While they ultimately gave rise to the first vertebrates, the earliest fish lacked true backbones and jaws. Dubbed the Agnatha (Greek for “no jaw”), they have mostly died out today, with the exception of the lamprey, an eel-like parasite, and the hagfish, a deep-sea scavenger. Actual jaws evolved from the gills of some species of Agnatha, giving rise to the first true jawed fish, the Gnathostomata, and the first of the Gnathostomata were the Placodermi (“plate-skinned”), so named because of the heavy, shell-like bone plates that covered their bodies.

The Late Silurian and Devonian, when the world was warmer and covered with shallow seas, was the perfect environment to give rise to a class as diverse as the Placodermi. While arthropods and plants lived on land, the largest animals and the biggest variety of ecological niches still existed in the oceans. While the Placodermi were numerous, they were not the only fish species to evolve during this period; the Cambrian explosion also saw the appearance of the first sharks.

The Placodermi were divided into many orders, the most impressive of which were the arthrodires, some of which grew as big as modern whales. These included the ferocious Dunkleosteus, which grew to twenty feet or more in length. In Dunkleosteus, the plate-like armor of the Placodermi evolved into huge, toothlike weapons perfect for shearing through the flesh of its prey. Equipped with a joint in its neck that allowed it to open its mouth even wider, Dunkleosteus’s formidable jaws sharpened themselves each time it closed its mouth. Preying on mollusks and other fish, Dunkleosteus appears not to have been able to digest bones, and fossil evidence indicates that the hard shells of its fellow placoderms were vomited up instead.

While Dunkleosteus fulfilled the role of top predator, Titanichthys, an even larger arthrodire, lived more like a modern whale. Drifting through the open waters, Titanichthys fed on microscopic plankton, protected by its thick plating and size. The product of convergent evolution, Titanichthys was probably one of the first giant filter-feeders. While like Dunkleosteus it had a heavily-armored head, it lacked the huge, killing blades that distinguished Dunkleosteus.

But Placodermi contained more than just giants like Dunkleosteus and Titanichthys. Through convergent evolution, placoderms’ form and function were often very similar to later fish. The Phyllolepida were flattened bottom-dwellers like today’s flounder, but were most likely blind, finding prey (likely small fish and crustaceans) by feel. The Petalichthyia, most well-known from the wing-bodied Lunaspis, were open-water predators, though they were much smaller than Dunkleosteus. Many more placoderms resembled today’s ratfish. Also known as chimeras or ghost sharks, ratfish are small, deep-water carnivores, eating small fish and shellfish.

Around 375 million years ago, as the Devonian gave way to the Carboniferous, a massive extinction event swept the planet, killing off as much as half the life on Earth, including all placoderms. While paleontologists are unsure what caused this die-off, theories range from large-scale volcanic activity to the cooling of the globe following the hot Devonian to an asteroid like the one now known to have killed off the dinosaurs. The vast majority of agnathans were among the first casualties of the extinction, dying off around 380 million years ago, while the placoderms held on until the final years of the Devonian, just under 360 million years ago. Still by the beginning of the Carboniferous, there were no more placoderms.

While placoderms are no longer around today, we still carry many anatomical traits that first appeared with them. While jaws are their most obvious contribution, the caudal fins that may have appeared with placoderms eventually evolved into the rear legs that allowed vertebrates to move onto the land. As impressively alien as creatures like Dunkleosteus and Titanichthys were, it was their basic body shape, the successful and versatile four limbs of the Tetrapoda, that ultimately gave rise to our own.