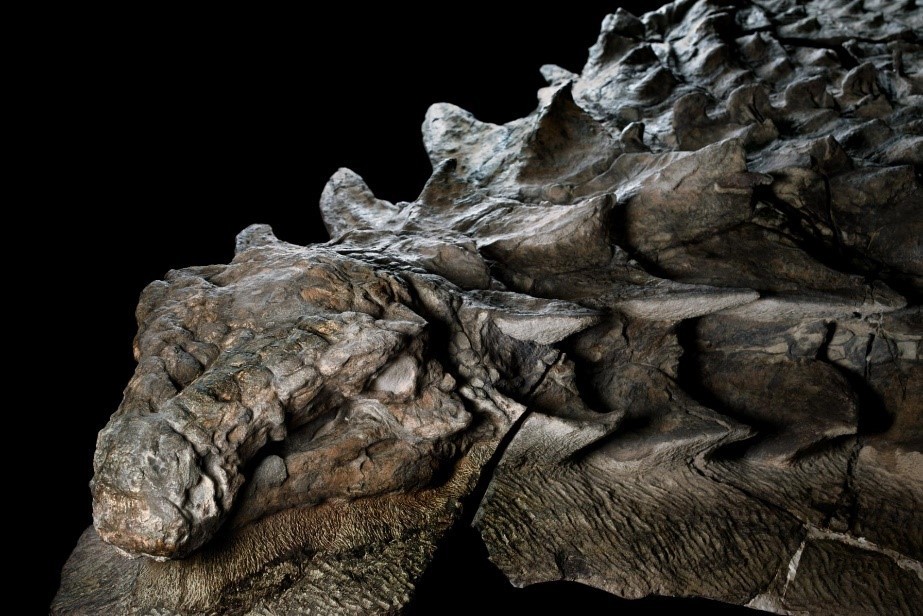 It’s an iconic image: the mummified pharaoh wrapped in linen bandages and lying in a beautifully-painted sarcophagus, arms crossed over his chest and canopic jars resting beside him in his tomb. Made famous by archaeology and monster movies, mummies are so famous that just the word “Egypt” brings them to mind. But ancient Egyptians weren’t the only ones to preserve their dead through mummification. Cultures around the world and throughout history have viewed mummification as a way to keep the memories of dead rulers and loved ones alive. In this issue of Kobry, we’ll look at a few of them.

The idea of mummifying the dead didn’t come to ancient Egyptians from nowhere. In many places around the world, natural conditions such as ice or extreme dryness can cause mummification. One of the oldest human mummies ever found, “Otzi the Ice Man,” was preserved in a glacier on the Austrian-Italian border. Over five thousand years old, Otzi was named by the archaeologists who examined him—we have no idea what he called himself or even what language he spoke. A tattooed man of the Stone Age, Otzi was found with a collection of tools and weapons, including a bow and a quiver of arrows and a copper-bladed axe. He died violently: DNA tests revealed the blood of multiple people on a knife he carried, and an arrow in his shoulder caused him to bleed to death. We’ll never know who Otzi was or who killed him, but his mummy has shed much light on the world of the late Stone Age.

Another example of natural mummies are the so-called “bog bodies” of Great Britain, which span thousands of years from the Stone Age until the Iron Age. Preserved by the peat in bogs, like Otzi many of the bog bodies show evidence of a violent death. Lindow Man, for instance, found in Cheshire, England, died in the first century AD after having been beaten, stabbed, and suffering a broken neck. The reason he was killed so violently remains unknown, but archaeologists have speculated that he may have been a human sacrifice.

But not all natural mummies were left by human beings. In fact, the oldest known mummy predates even Otzi by tens of millions of years. Discovered by miners in Alberta, Canada, the 110 million-year old remains of a heavily-armored nodosaur are not only the oldest mummy known but also the best-preserved dinosaur fossil ever discovered. Mummified in ancient bitumen, the nodosaur is so superbly intact that even details of its skin and closed eyes are visible.

Mummies of the Andes

Like in ancient Egypt, the pre-Columbian cultures of the Andes mummified their dead, a tradition that stretches back to ancient times in the region. The masked Chinchorro mummies, buried in the Atacama Desert five and a half thousand years ago, are older than even the earliest known Egyptian mummies. A tradition of intentional embalming persisted for millennia, most famously under the Incans, who mummified dead rulers, the so-called Sapa Incas. Unlike Egyptian mummies, Sapa Incas were not buried but given their own lands, with servants and priests as interpreters of their desires. Since the Sapa Inca was believed to be a descendant of the sun god Inti, it was said that he could never really die and thus his body was treated as though still alive. Mummies would be given food and offerings, dressed in rich clothes, and taken on trips to visit their mummified relatives and descendants. Rather than lying down, Incan mummies were embalmed in a curled, sitting position, wrapped in blankets with a false head on top made of cloth and metal.

An even more gruesome Andean custom related to mummification was capacocha, a mountaintop ritual in which children were sacrificed to Inti. Given corn beer to sedate them first, the children were killed with a blow to the head and left atop important mountains for the god. The cold, dry air mummified the bodies, leading to excellent preservation in many cases, such as the famous Ice Maiden of Lluillaillaco. The Ice Maiden, who died at the age of thirteen was one of three such mummies found atop Lluillaillaco.

The Self-Made Mummies of East Asia

Mummies have been found across East Asia, though many were unintentionally created due to climate and burial conditions. Still, there exists a fascinating tradition of mummification unlike any other in the world, made most famous by its Japanese practitioners. Sokushinbutsu are Buddhist monks who begin the process of mummification while still alive. Practiced exclusively by the Shingon sect, sokushinbutsu attempt to follow their founder, Kobo Daishi, who founded Shingon Buddhism in the early 9th century. Later writers said that Kobo Daishi’s holiness was so strong that what looked like his death was actually an entry into a state of very deep meditation. Through a difficult process, the sokushinbutsu recreate Kobo Daishi’s immortality through self-mummification.

The prospective sokushinbutsu began by embarking on a harsh “tree-eating diet,” in which he was allowed only pine needles, tree roots, berries, and nuts. While this was expected to continue for at least 1,000 days, many sokushinbutsu maintained this diet for almost a decade, slowly drying out their bodies. After the tree-eating diet ended, the monk would then limit himself to nothing but brackish water, with the salt further drying him out. This phase of the mummification process lasted 100 days, and was spent in constant meditation. Finally, as death approached, the monk would be buried alive in a coffin with a bell and a long tube to breathe through. Given nothing to eat or drink, he would slowly dehydrate, lying in the darkness in constant prayer and meditation and ringing the bell at intervals so that the other monks knew he was still alive. After dying, the sokushinbutsu was dug up and placed in the monastery as an example of holiness and discipline.

Today there are no more sokushinbutsu, since the procedure was outlawed in the late 19th century, but that didn’t stop everyone. The last of them was created in 1903 from a monk named Bakkai.

The Capuchin Mummies of Sicily

Almost twenty years after Bakkai became a sokushinbutsu in Japan, another famous mummy was created by a different group of monks—this time a Catholic Capuchin monastery in Palermo, Sicily. The Capuchins had been creating mummies since the end of the 1500s, drying out the bodies of brothers of their order in crypts before dousing them with vinegar.

While the custom of mummification ended among the Capuchin Order late in the 18th century, citizens of Palermo continued to be mummified and buried in the catacombs beneath the monastery until the 1920s. Of these, the most famous (and heartbreaking) was Rosalia Lombardo, who died of pneumonia in 1920 at the age of two. Expertly embalmed, Rosalia has become one of the most famous mummies of Palermo. Eerily, a trick of the light makes her partially-closed eyes appear to open when the sun strikes the glass case enclosing her from the right angles.

Besides the cultures described above, many more societies around the world have turned to mummification of the dead, often for religious reasons. From the tsantsas (shrunken heads) of the Shuar tribes of Ecuador to the family mummies created by some New Guinean tribes, wherever they were created, mummies remain a testament to our fascination with overcoming death and achieving eternal life.